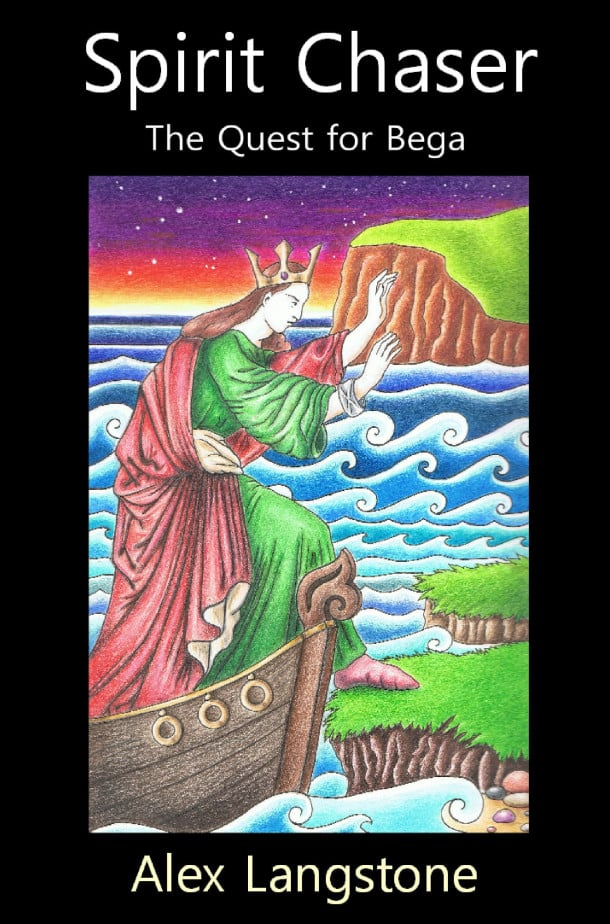 This is the true story of a spiritual quest that turned into an uplifting sacred pilgrimage. In June 1989, the author began following a series of psychic messages and significant synchronicity that led him to discover the enigmatic mystery of St Bega, the sacredness of the British landscape and ultimately to experience the divine reality of the Celtic tradition of mysticism, miracles and magic. Spirit Chaser takes us on a magnificent journey, a journey into the twilight past of seventh century Britain and Ireland. A journey into the heart of a modern day quest for the mystery that is the Sancta Bega; the sacred ring at the mystical centre of the British Isles. 235 pages, US Trade size paperback, 152 x 229 mm. Fully illustrated with pen and ink drawings by Paul Atlas-Saunders, and photographs by the author.

There are a surprising number of strands in Alex Langstone’s new book “Spirit Chaser”, intertwined and running like luminous DNA through the pages of the book. At the most immediate level this is a “psychic questing” story in the classic mould. We follow Alex on a series of journeys (both physical and psychic) around the British Isles and watch as the threads of synchronicity, symbolism and psychic experience weave a fascinating picture about some of the early Celtic Christian saints. Through traditional (though painstaking) research Alex is able to corroborate much of the information that is psychically transmitted. Even what is not immediately backed up adds entirely believable detail to the skeleton story. As well as this, however, he mixes in an imagined historical biography of Saint Bega – the focus of the book – and traces how she and her Celtic colleagues may have left a legacy for us in the present day. Still more, he breaks off his own narrative and hands over to “guest” authors such as Yuri Leitch and Gary Biltcliffe whose own impressive research is shown to dovetail seamlessly with Alex’s. This is a great example of an inclusive, co-operative attitude that breaks down the possessiveness that often stifles genuine sharing of information and which can only strengthen the questing community. Lastly the book is a meditation on the spiritual nature of the British Isles. As an Irishman living in England with three half-English, half-Irish children, I found this aspect of the book both surprising and touching in a way that I hadn’t expected. I was powerfully reminded that in those days the sea was easier to cross than the land and the communities dotted around the Irish Sea were far more connected than you would imagine. The ancient perspective probably inverted todays default view and envisaged the Irish Sea as the container and focal point rather than the land around it. In all of these areas Alex writes honestly and engagingly. In fact, at times he is probably too modest and does not accompany some of the more astonishing events with the fanfare that they deserve. He traces his own spiritual development as the quest unfolds and clearly illustrates how questing can provide a framework for this kind of inner exploration. In summary, this is a great addition to the questing canon and Alex is to be congratulated on a truly inspired and inspiring work. psychicquesting.com